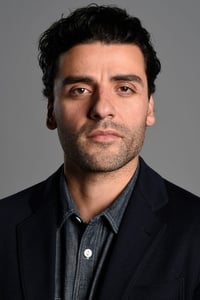 Óscar Isaac Hernández Estrada (born March 9, 1979) is an American actor. After making his acting debut in the late 1990s, he studied acting at the Juilliard School and played small roles for a majority of the 2000s. For portraying José Ramos-Horta in the Australian film Balibo (2006), Isaac won the AACTA Award for Best Actor in a Supporting Role. Following supporting roles in major films such as Body of Lies (2008), Robin Hood (2010) and Drive (2011), Isaac had his breakthrough with the starring role of a singer in the Coen brothers' black comedy Inside Llewyn Davis (2013), earning a nomination for a Golden Globe Award. Isaac's career progressed with leading roles in the crime drama A Most Violent Year (2014), the thriller Ex Machina (2015), and the superhero film X-Men: Apocalypse (2016). He became a global star with his starring role as Poe Dameron in the Star Wars sequel trilogy (2015–2019). He has since starred in the science fiction films Annihilation (2018) and Dune (2021), and the crime drama The Card Counter (2021). On television, Isaac has starred in the HBO miniseries Show Me a Hero (2015) and Scenes from a Marriage (2021), winning the Golden Globe Award for Best Actor – Miniseries or Television Film for portraying Nick Wasicsko in the former. In 2022, he began starring as the Marvel Cinematic Universe character Moon Knight in the Disney+ series Moon Knight (2022). Description above from the Wikipedia article Oscar Isaac, licensed under CC-BY-SA, full list of contributors on Wikipedia.

Available on the following streaming services in the United States
Spider-Man: Into the Spider-Verse 2 (2022)
role:
Miguel O'Hara / Spider-Man 2099 (voice)
2022

Advertisement
Scenes from a Marriage (2021)

For Greater Glory: The True Story of Cristiada (2012)

Some movies or TV shows available in the United States starring or involving Oscar Isaac are, for example, The Making of Moon Knight, Moon Knight and Big Gold Brick.
The streaming services with the largest selection are Prime Video, iTunes and Amazon.
The best LNS ratings are Spider-Man: Into the Spider-Verse (8.4), Dune (8.0) and Moon Knight (7.8).