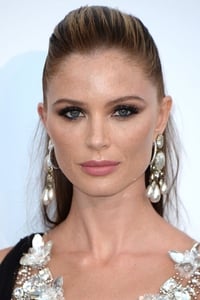 Georgina Rose Chapman (born 14 April 1976) is an English fashion designer and actress. Together with Keren Craig, she is a co-founder of the fashion label Marchesa. Chapman was born in London, England, the daughter of Caroline Wonfor, a journalist, and Brian Chapman, a co-owner of the coffee company Percol. Chapman grew up in Richmond, southwest London. Chapman attended Marlborough College in Wiltshire. In her 20s, Chapman model-led in an advertisement for Head & Shoulders, a dandruff shampoo, and one for throat lozenges Soothers. Chapman met future business partner Keren Craig while they were students at Chelsea College of Art and Design. Chapman graduated from Wimbledon School of Art in 2001 and began her career as a costume designer. After graduation, Chapman appeared in various television shows and films.

Some movies or TV shows available in the United States starring or involving Georgina Chapman are, for example, Awake, The Nanny Diaries and Derailed.
The streaming services with the largest selection are Prime Video, Redbox and Vudu.
The best LNS ratings are Match Point (7.5), Unleashed (7.0) and Derailed (6.5).